After three months of development and another two of testing by the community, I’m happy to finally present you OctoPrint 1.3.11. This a maintenance release again, consisting of various improvements and fixes.

It was made possible only through your continued support of my work 💕.

Once again the changelog is on the lengthy side as this release packs a ton of improvements and bug fixes which would be too many to list here. Instead I’ll just present you with a short excerpt: 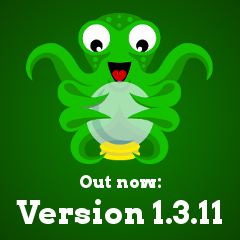