Summer draws to a close and it’s time for a stable release. Therefore I present thee the first step towards that goal in shape of the first release candidate of 1.3.12.

The full changelog is packed with improvements and fixes of existing functionality, most of which is once again behind the scenes. Some highlights:

There are also two heads-ups. One concerns some third party dependencies running into issues when updating from ancient OctoPrint versions:

Heads-up if you are updating from OctoPrint < 1.3.6

Due to new versions of third party dependencies, this and future versions of OctoPrint will no longer update via the update script/python setup.py install that used to be OctoPrint’s standard update mechanism in versions prior to 1.3.6, at least not in older Python environments as they can be found on e.g. OctoPi 0.14.

If you haven’t yet updated from such a version (which you really should have done a long time ago) you’ll need to update manually via command line.

The other is about this release no longer going to support updates through OctoPrint itself on OctoPi 0.14:

Heads-up if you are still running OctoPi 0.14

Either backup and migrate to a new version of OctoPi or run future updates manually.

See here for more information on the matter. 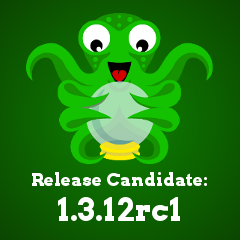