Heads-up if you have an MMU2

Some people have run into weird reset and loop issues with their MMU2 and OctoPrint 1.3.12. The cause of this - as far as the currently available information suggests - are simply misconfigured printer profiles inside OctoPrint.

Failure to properly setup your printer profile will cause issues!

Please take a look at this post for more details & a screenshot.

Still in time for the spooky season of the year I present you OctoPrint 1.3.12 🎃 Almost four months of development and a bit over one of release candidate testing went into this, and it will (hopefully) be the last one on the 1.3.x version track as I’m also prepping things for a first RC of 1.4.0 in the background.

As every single release (and release candidate) of OctoPrint ever since early 2016 this was made possible only through your continued support of my work 💕.

It has become a bit of a recurring pattern by now, but once again the changelog is on the lengthy side as this release packs a ton of improvements and bug fixes which would be too many to list here. Instead I’ll just present you with a short excerpt:

There are also two heads-ups. One concerns some third party dependencies running into issues when updating from ancient OctoPrint versions:

Heads-up if you are updating from OctoPrint < 1.3.6

Due to new versions of third party dependencies, this and future versions of OctoPrint will no longer update via the update script/python setup.py install that used to be OctoPrint’s standard update mechanism in versions prior to 1.3.6, at least not in older Python environments as they can be found on e.g. OctoPi 0.14.

If you haven’t yet updated from such a version (which you really should have done a long time ago) you’ll need to update manually via command line.

The other is about this release no longer going to support updates through OctoPrint itself on OctoPi 0.14:

Heads-up if you are still running OctoPi 0.14

Either backup and migrate to a new version of OctoPi or run future updates manually.

See here for more information on the matter. 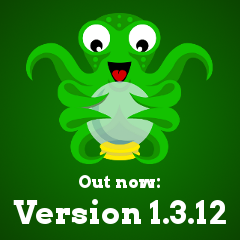