The full changelog is packed with new features, improvements and fixes of existing functionality. Some highlights:

Due to the new Python 3 compatibility there’s a heads-up for plugin authors:

This release officially adds support to run OctoPrint under Python 3 instead of 2, which has become EOL as of January 1st 2020. However, most third party plugins probably do not yet support Python 3. In order to allow Plugin Authors to test and if necessary adjust their plugins first before OctoPrint tries to load them under Python 3, a new plugin property __plugin_pythoncompat__ has been introduced. Plugins should define the compatibly Python version via this property which OctoPrint will check on load and only proceed with loading the plugin under Python 3 if it signals compatibility.

Additionally, the Plugin Repository has been expanded to include a new field compatibility.python which signals Python compatibility on the listing as well so that OctoPrint’s Plugin Manager will only show such plugins from the repository as installable under Python 3 which are configured as such.

Please see this guide in the documentation on how to go about compatibility testing and how to modify existing plugins to work with OctoPrint when running under Python 3.

By default, OctoPrint will assume compatibility to Python 2 only.

If you are interested in some numbers, here’s some data extracted from the anonymous usage tracking for the six RCs that went before 1.4.0’s stable release: 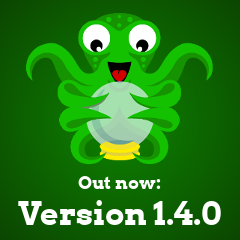