Spring is here 🌼, and so is a first Release Candidate of the next OctoPrint release 1.6.0! This one is once again packed with a ton of improvements, new features and of course bug fixes. Let’s have a look at some of the highlights from the changelog, shall we?

Heads-up for plugin authors: Support for the plugin control properties `__plugin_init__` and `__plugin_implementations__` (plural!) has been removed

The two plugin control properties __plugin_init__ and __plugin_implementations__ (note the plural!) have been deprecated ever since OctoPrint 1.2.0 and have finally been removed. It is highly unlikely that your plugin has ever used them given that they were already marked as deprecated for the very first version of OctoPrint to ever even support plugins. Still, just in the case of anyone out there making use of them regardless, here’s a heads-up that they will no longer be utilized in OctoPrint 1.6+.

You can find the full changelog and release notes as usual on GitHub. 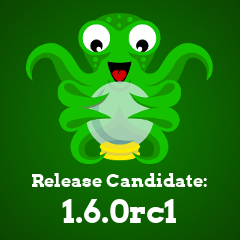