This third RC of 1.3.11 fixes a couple of regressions observed with past RCs and also adds some improvements of existing or newly added functionality that became apparent during testing of the past RCs:

Special thanks to everyone who contributed to this release candidate! 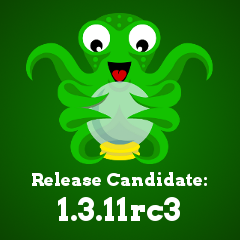