After 3 years on 1.3.x, it’s time for a new big release. And this first release candidate of 1.4.0 is the very first step towards it.

The full changelog is packed with new features, improvements and fixes of existing functionality. Some highlights:

Due to the new Python 3 compatibility there’s a heads-up for plugin authors:

This release candidate officially adds support to run OctoPrint under Python 3 instead of 2. However, most third party plugins probably do not yet support Python 3. In order to allow Plugin Authors to test and if necessary adjust their plugins first before OctoPrint tries to load them under Python 3, a new plugin property __plugin_pythoncompat__ has been introduced. Plugins should define the compatibly Python version via this property which OctoPrint will check on load and only proceed with loading the plugin under Python 3 if it signals compatibility.

Additionally, the Plugin Repository has been expanded to include a new field compatibility.python which signals Python compatibility on the listing as well so that OctoPrint’s Plugin Manager will only show such plugins from the repository as installable under Python 3 which are configured as such.

Please see this post on the OctoPrint Community Forums on how to go about compatibility testing and how to modify existing plugins to work with OctoPrint when running under Python 3.

By default, OctoPrint will assume compatibility to Python 2 only.

You can find the full changelog and release notes as usual on Github. It may look a bit shorter than the maintenance release changelogs, but that’s because the points listed under “new features” pack quite the punch with regards to involved work 😉

As the past RCs have shown me that a lot of people appear to be unaware of this: Please do not install this RC if you expect a fully stable version. It is not a stable release, it is a release candidate, and of the next big release to boot: severe bugs may occur, and they might be bad enough that they make a manual downgrade to an earlier version necessary - maybe even from the command line.

If you want to and can help test this release candidate, you can find information on how to switch to the “Devel RCs” release channel in this guide if not already done (also linked below). Please note that contrary to maintenance releases this RC is not available on the “Maintenance RCs” release channel so if you are tracking that you’ll need to switch. The reason is that RCs of big releases might be more unstable at first than pure maintenance releases due to newly introduced features or very heavy refactorings, so I’m splitting these between two release channels. Note that when tracking “Devel RCs” you’ll get all releases from “Stable” and “Maintenance RCs” as well.

Depending on the feedback regarding this version I’ll look into fixing any observed regressions and bugs and pushing out a follow-up version as soon as possible and necessary. 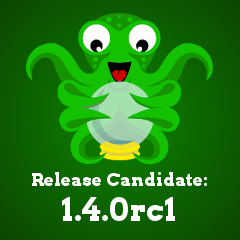