This first bugfix release for 1.7.x fixes two bugs discovered in 1.7.0 after its stable release (one in the handling of gcode files containing a #, one in the sorting of plugins in the Plugin Manager) and also provides a mitigation for a very rare issue where attempting to enable low latency mode on the printer (a new feature in 1.7.x) causes connection issues:

You can also take a look at the short changelog on GitHub.

The heads-ups from 1.7.0 still apply, please read them carefully, they might impact you and how you use OctoPrint! Also see the Further Information and Links below for more information, where to find help and how to roll back. 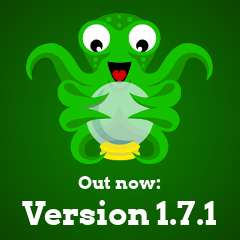