This fifth bugfix release for 1.8.0 fixes two few recently reported bugs and also gets rid of a runtime warning:

You can also take a look at the changelog on GitHub which is on the shorter side again.

The heads-ups from 1.8.0 still apply, please read them carefully, they might impact you and how you use OctoPrint! Also see the Further Information and Links below for more information, where to find help and how to roll back. 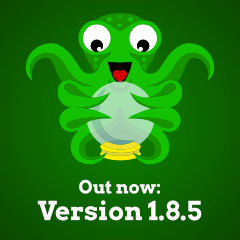